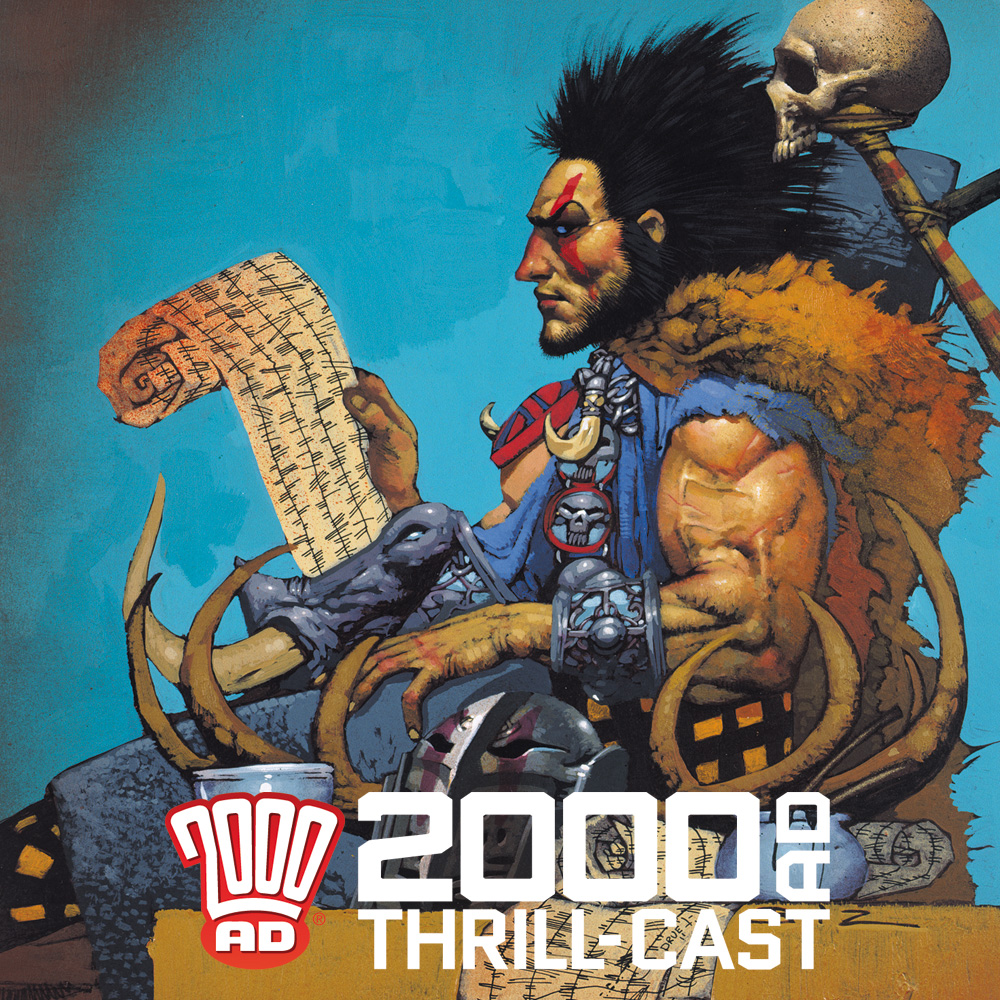 What better way to launch 2000 AD: The Ultimate Collection than with one of the all-time greatest stories from the Galaxy’s Greatest Comic?

Sláine: The Horned God fundamentally changed 2000 AD and the comics industry, showcasing what could be achieved with fully painted comics and more mature storytelling, launching the career of superstar artist Simon Bisley and sparking a thousand imitators. Based on the Irish hero Cú Chulainn, the barbarian warrior Sláine mac Roth unites the tribes of the Earth goddess but discovers that there is more to ruling than battles and feasting. With its dense, lush artwork, complex characters, Irish mythology and epic storyline, The Horned God is the very definition of a classic.

The official 2000 AD podcast talks to Pat and Simon about how the series came to be, the emotional beats that sound throughout the story, the evolution of Simon’s style, and the way the two of them worked together – plus a little sneak peek of their new project!

This episode is the perfect complement to 2000 AD: The Ultimate Collection from Hachette Partworks, which launches this week with the first of 80 volumes dedicated to reprinting the best 2000 AD has to offer. Go to www.2000adcollection.com to subscribe now or check out the zarjaz premium subscriptions options!