Ahead of the 40th anniversary of 2000 AD's short-lived stablemate, the 2000 AD podcast takes a look at impact and on-going legacy of the original home of Strontium Dog and Ro-Busters 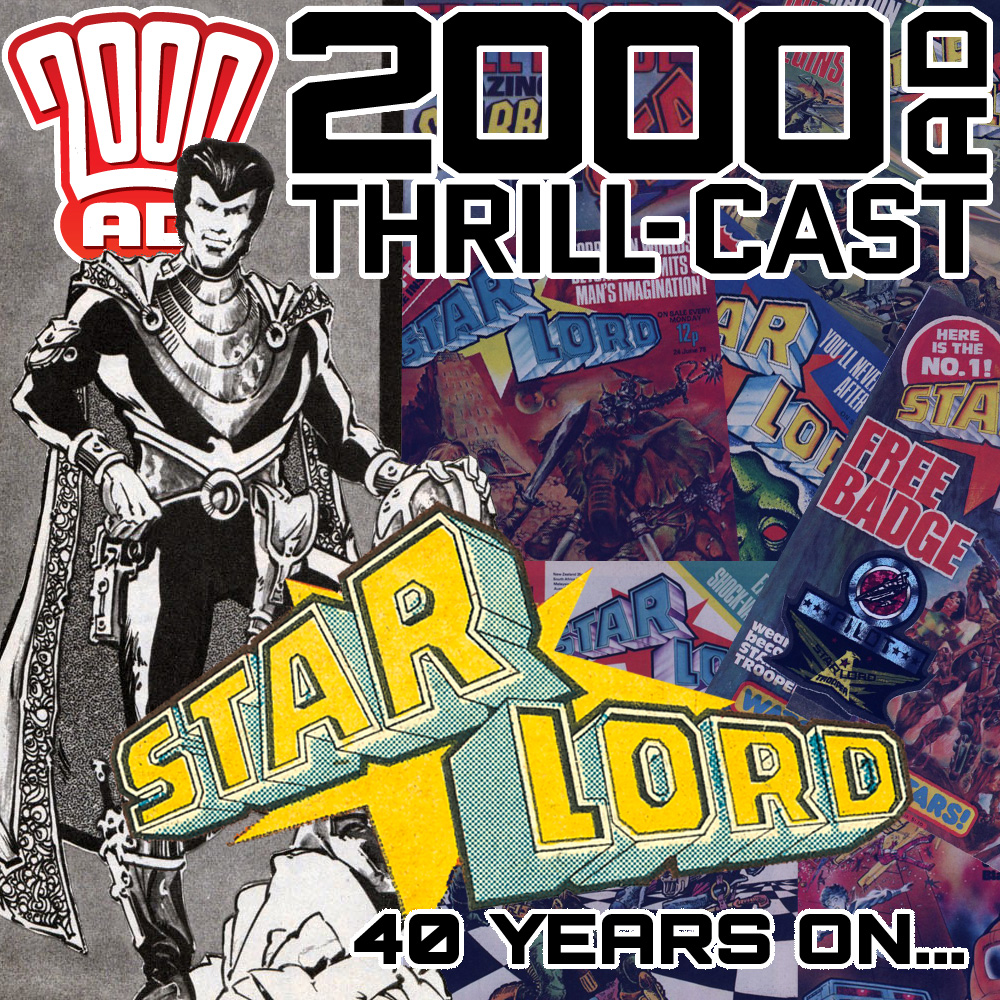 A year after the launch of 2000 AD in 1977, publishers IPC decided to cash in on its success with a new stablemate – Starlord!

With longer stories, better paper, and more colour, Starlord blazed into the firmament with its own eponymous editor as well as all-new stories such as Strontium Dog, Ro-Busters, and Mind Wars! But it was not to be, and after just 22 issues it was decided to merge the title into 2000 AD – a decision that arguably saved the older title as well as giving it two of its most popular ever strips.

In a round table discussion to mark the forthcoming 40th anniversary of the launch of Starlord – as well as a special tribute in this year’s Christmas Prog – 2000 AD editor Matt Smith and Treasury of British Comics editor Keith Richardson join 2000 AD PR droid Molch-R in the podcast sub-basement along with comics editor and journalist John Freeman to talk about Starlord‘s short existence, its impact at the time, and its on-going legacy for 2000 AD.