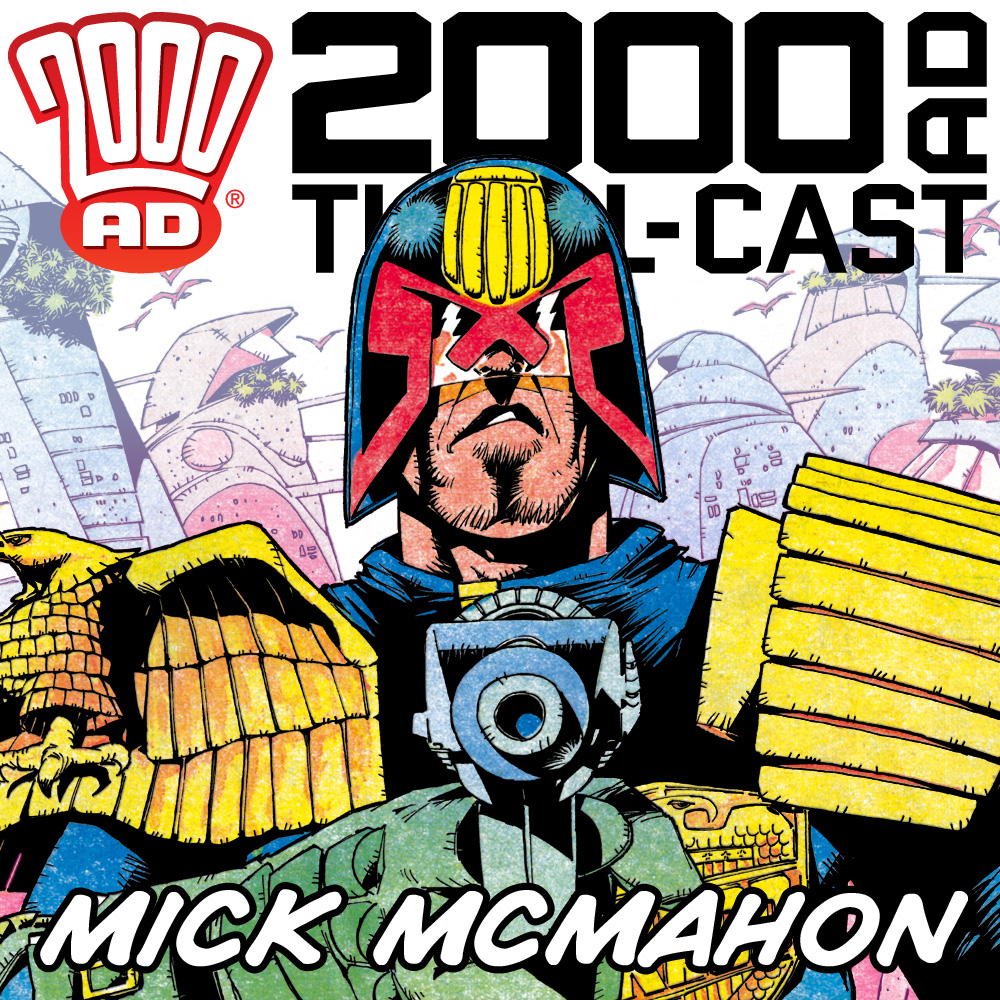 A seminal Judge Dredd artist and a towering figure in British comics, Mick McMahon is a remarkably humble and down-to-earth guy.

Originally brought in to mimic co-creator Carlos Ezquerra’s art on Dredd’s first stories, he went on to develop his own unique style and was responsible for the ‘big boots’ look of Dredd’s outfit as well as many iconic covers and key moments for the future’s greatest lawman.

He also brought new and inventive styles to Sláine and Ro-Busters before going on to co-create the incredible The Last American. The 2000 AD Thrill-Cast sits down for a two-part interview with one of the greatest 2000 AD artists of all time.

The 2000 AD Thrill-Cast is the award-winning podcast that takes you behind-the-scenes at the Galaxy’s Greatest Comic! As well as interviewing top creators and famous fans, publicity droid Molch-R brings you announcements, competitions, and much more! You can subscribe to the Thrill-Cast on iTunes or listen now at www.2000ADonline.com/podcast