The 2000 AD Thrill-Cast: The Mechanismo of Colin MacNeil

The artist on America, Mechanismo, and Machine Law discusses his 32-year career at 2000 AD and how his distinctive style has evolved 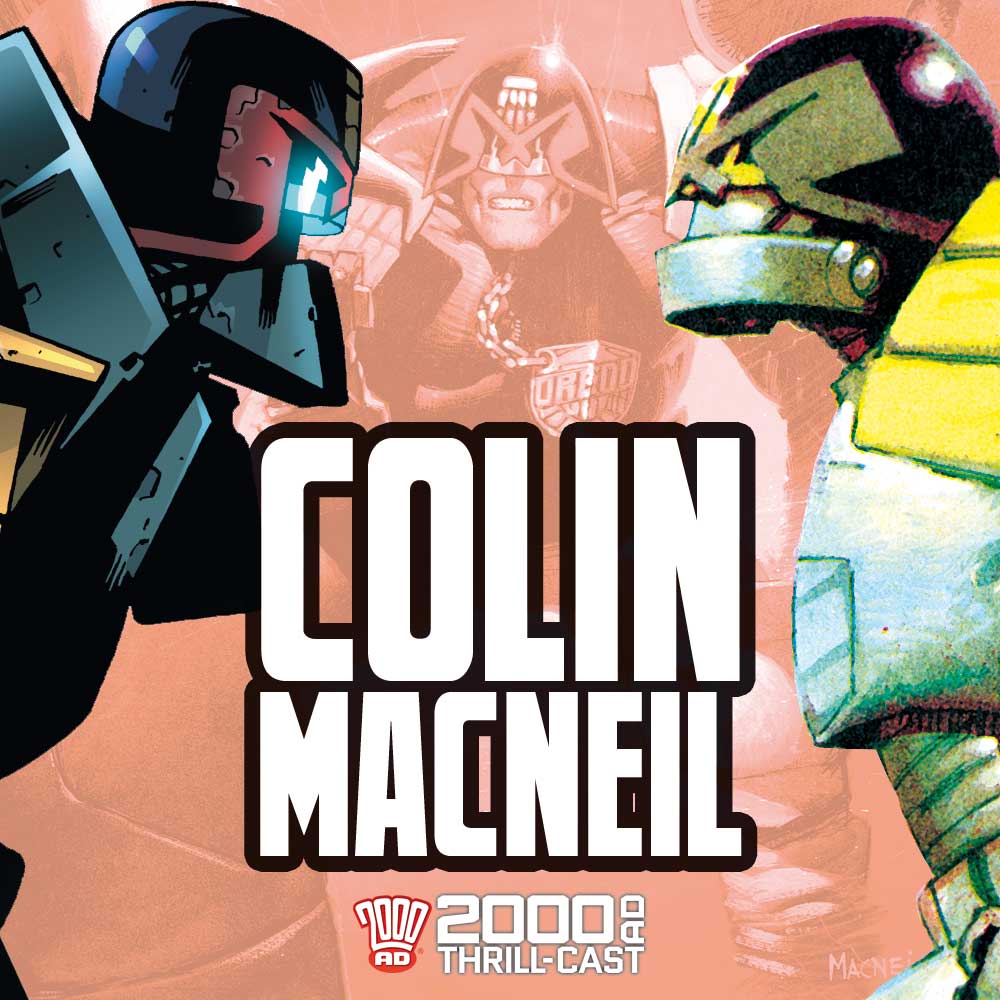 With Judge Dredd: Machine Law in 2000 AD currently knocking the socks off readers and critics alike, The 2000 AD Thrill-Cast welcomes artist Colin MacNeil, whose incredible career at the Galaxy’s Greatest Comics easily places him in the roster of all-time top Dredd artists.

Beginning his career in 1987, MacNeil has not just been a 2000 AD regular but his distinctive style has graced some of the most profound stories from the last 40 years, from Chopper: Song of the Surfer to America and Mechanismo. It was his creation of the troublesome robotic judges in 1992 that has now come full circle as Machine Law sees the updated units take on a new and potential disastrous role in Mega-City One.

Your host Molch-R talks with Colin about his work, the evolution of his style from line work to coloured pencils to fully-painted and back again, where he sees himself moving artistically, and the special project he’s currently working on.