The 2000 AD Thrill-Cast: The Rise of Rocky Race and The Trigan Empire

This episode, we chat about two thrilling new projects that cover the football pitch and the fate of whole empires! 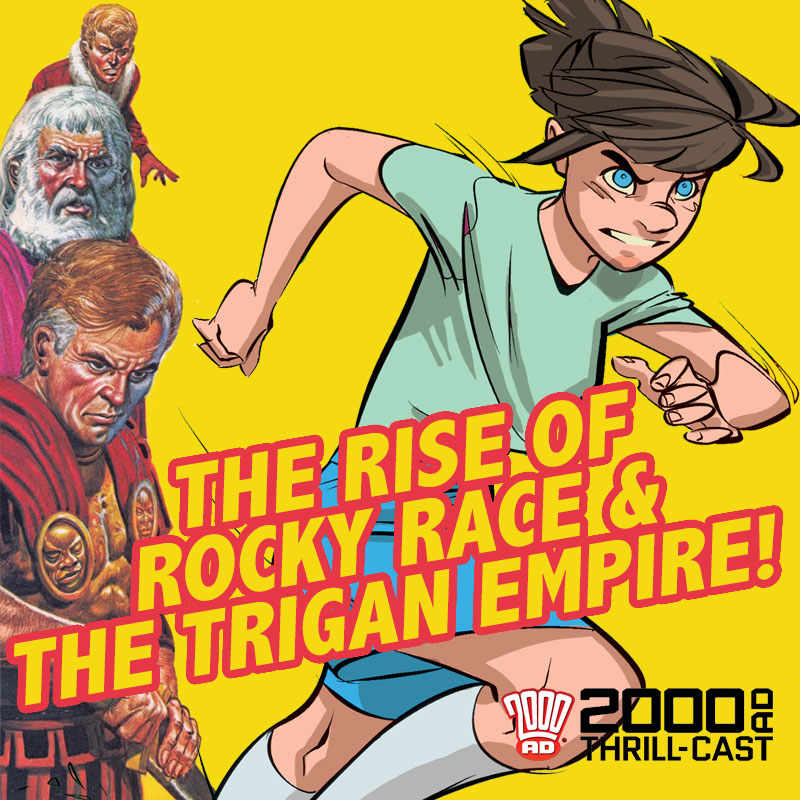 It’s been a week of exciting news for comics fans as Rebellion Publishing announced both a brand new series of graphic novels collecting Mike Butterworth and Don Lawrence’s The Trigan Empire, and the first ever Roy of the Rovers comic featuring a lead female character – Roy’s younger sister, Rocky!

The Thrill-Cast sits down with Rebellion’s deputy publishing manager Rob Power and graphic novels editor Oliver Pickles to discuss these two new projects, one published to coincide with the women’s football world cup in France this summer and the other finally collecting one of the jewels of British comics for the first time in a mass market paperback. Along the way they discuss the power of comics, why reaching out to new audiences in new ways is important for the future of the medium, and what the best way to pronounce ‘Trigan’ is!