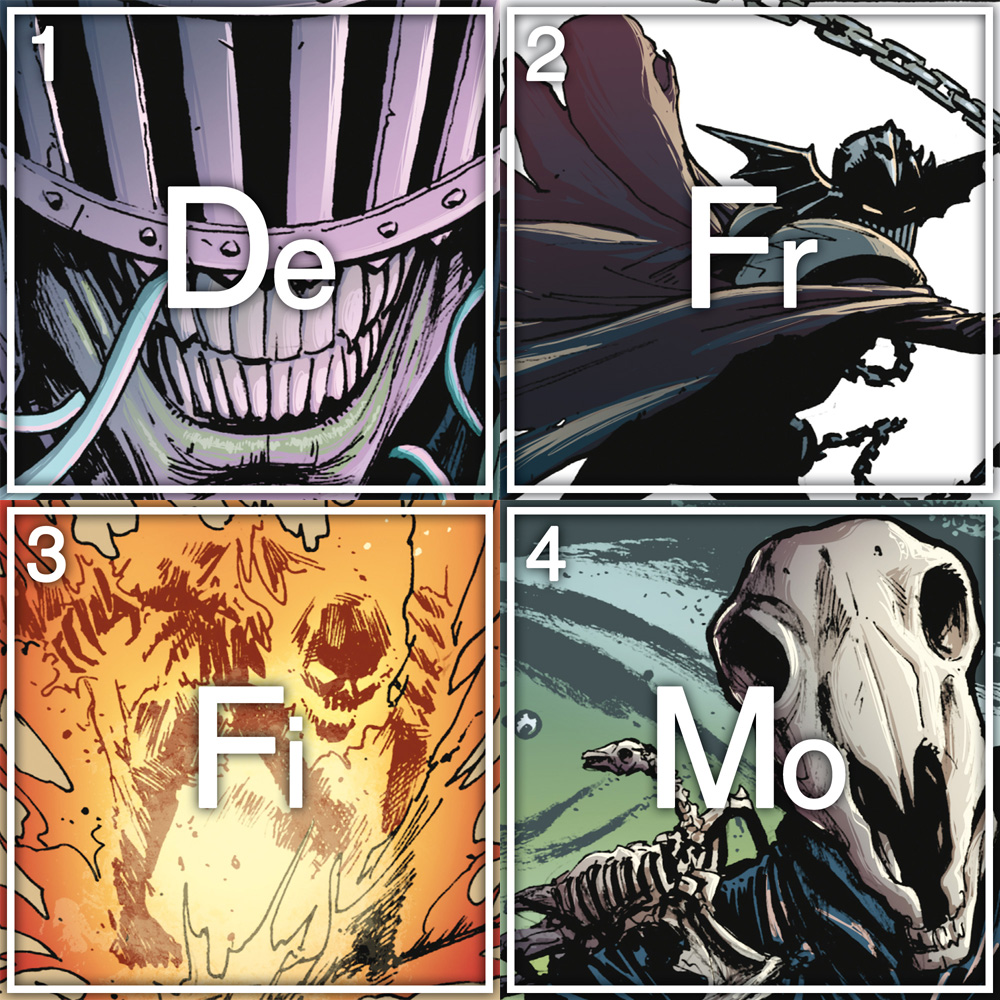 You cannot kill what doesss not liiiive! Britain’s biggest comic teams up with Britain’s top science magazine for a special story that flings Judge Dredd’s arch-nemeses, the infamous Judge Death and his Dark Judges, into a future they never thought to visit!

They’re far from the bones of Deadworld and the streets of Mega-City One but what will they do when they reach a very different Earth?

In a grim, grisly tale for the Christmas issue of New Scientist, writer Kek-W, artist Patrick Goddard, colourist Abigail Bulmer, and letterer Simon Bowland bring you a story of death, destruction, and woe from the far flung future – straight from the pages of the Galaxy’s Greatest Comic, 2000 AD!

What fate awaits the Earth, what does the distant hereafter hold for mankind, and can they cope with the unexpected return of the four horsemen of the apocalypse – Judge Death, Judge Fear, Judge Fire, and Judge Mortis!