The inside story of the British comic industry – from the man who ran it!

New memoir of John Sanders, one of the key figures of the British comics industry, due for 2020 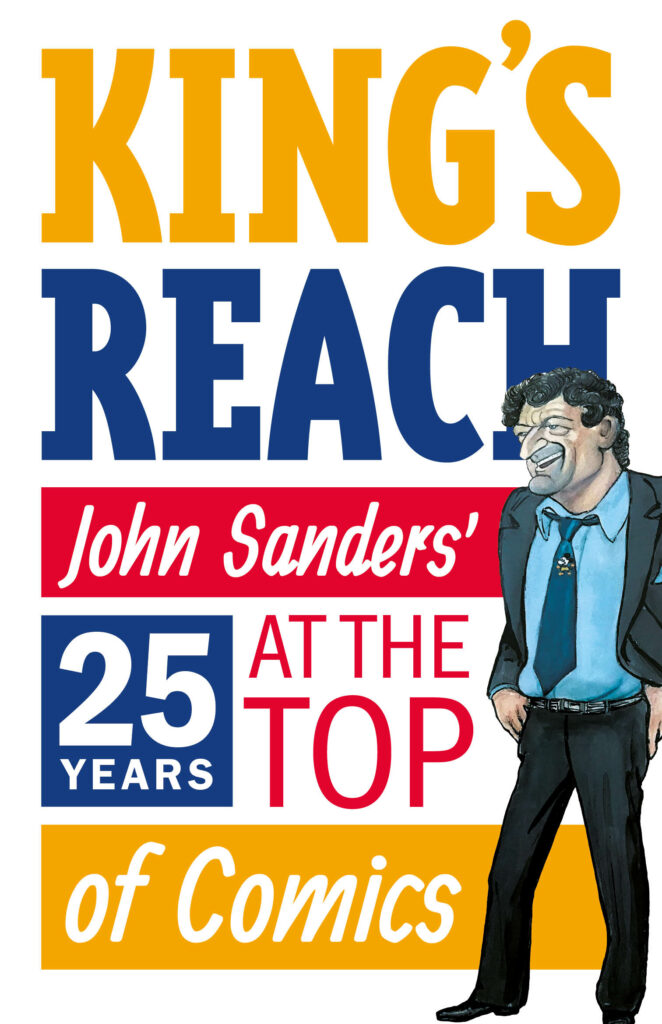 The must-read memoir of 2020 is the fascinating the inside story of one of British comics’ biggest movers and shakers – King’s Reach: John Sanders’ Twenty-Five Years at the Top of Comics.

One of the key figures of British comics in the late 20th Century, John Sanders masterminded the output of Britain’s biggest comics publisher, IPC, over 25 years – launching more than 100 titles, selling millions of copies every week, battling censorship and industrial disputes, and coming up against one of the century’s most notorious crooked business tycoons!

For the first time, he now steps into the limelight to reveal his story and that of the medium that would go on to dominate global culture, even as the newsstands it relied upon declined.

King’s Reach: John Sanders’ Twenty-Five Years at the Top of Comics will be published by Rebellion Publishing in paperback on 9th July 2020.

From King’s Reach Tower in London, Sanders oversaw the launch of hugely popular titles like Tammy, Battle and the revolutionary 2000 AD, all while fighting corporate battles to expand the UK’s comics output, facing down the government and the media in censorship battles, and witnessing the effect of changing tastes on a decades-old industry.

At the head of an industry that, at its peak, sold 10 million comics per week, Sanders details how he strove to keep comics relevant to generation after generation and, with artists employed across the globe to service the voracious appetite of readers, he was in the hot seat for one of the biggest cultural shifts in living memory.

“The story of British own-brand comics belongs almost exclusively to the twentieth century,” says Sanders. “The era in which they were born, flourished and died. The millions of children who read them were aware that despite their weekly publications being often derided by adults, the stories were finely crafted, and the pictures were commercial art at its zenith. Now, resurrected by serious adult readers and by academics, comics are recognised as being an important marginal note in the story of English literature.

“This is a book written for those grown-up comic fans. But I hope it will be also read and enjoyed by the millions of people whose dreams were enlivened, and whose youthful years were made enjoyable, by comic book heroes they still remember with affection.”