The new droids who burst out of Thought Bubble: Tilen Javornik

The 2015 winner of 2000 AD/Thought Bubble new artist competition chats about how to flew to Thought Bubble every year to take part... 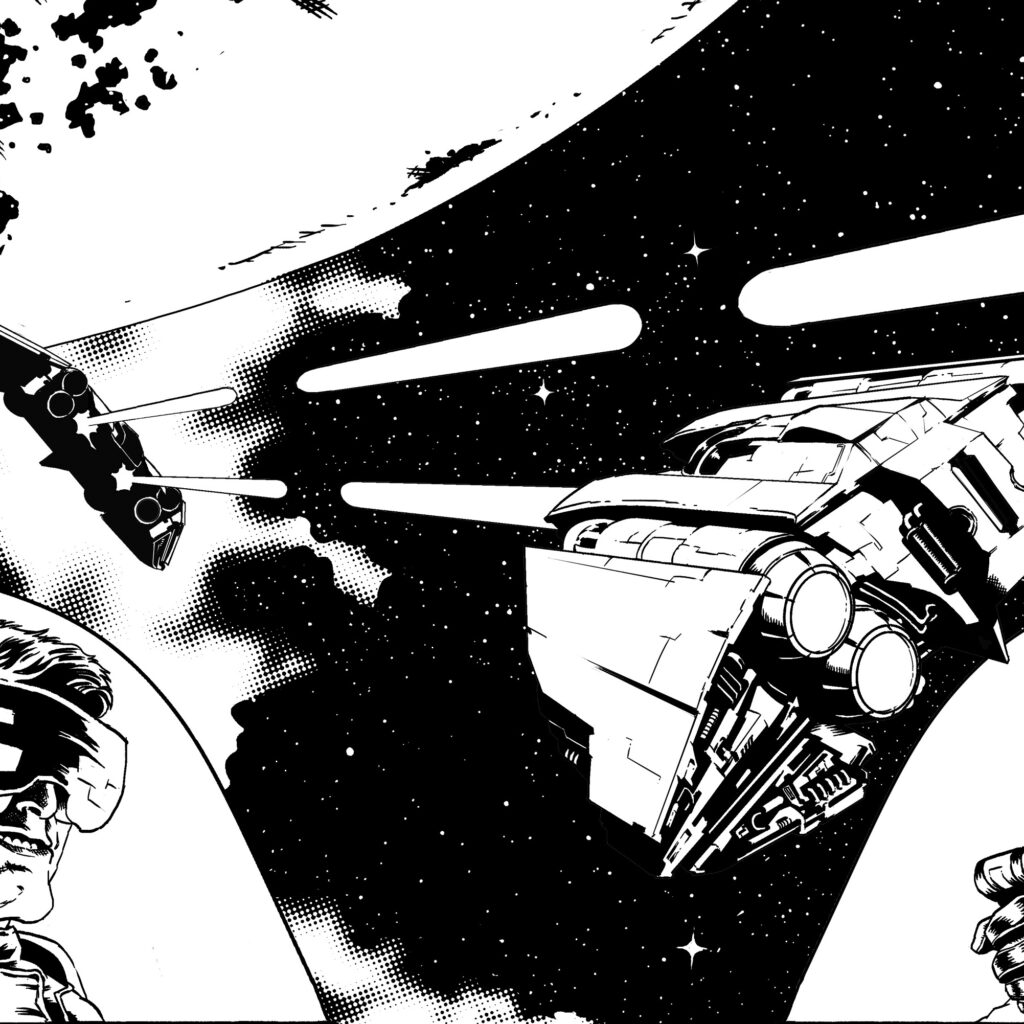 Every year, 2000 AD gives new writers and artists the chance to get their first work for the Galaxy’s Greatest Comic at the annual Thought Bubble convention in Leeds.

Put before a panel of top creators, prospective art droids have their work scrutinsed while would-be writers must pitch their own original Future Shock in just two minutes! They’re not for the faint of heart but the competitions have launched the professional careers of some of the newest talent to grace the pages of 2000 AD!

The 2016 art competition winner, Tilen Javornik, has gone on to have two Future Shocks in 2000 AD – ‘The Best Brain in the Galaxy’ in Prog 2023 with the 2016 writing contest winner, Andrew Williamson and ‘Terminal’ in Prog 2048, written by Rory McConville, himself the winner of the 2015 writer competition.

How did you hear about the 2000 AD talent search and what convinced you to enter?

I had been following 2000 AD online, and found out not only about the competition that way, but also about the Thought Bubble festival itself. I didn’t need any convincing and booked my plane tickets immediately!

You flew into Thought Bubble?

Yes, I am based in Ljubljana, Slovenia, and entered a total of three times. The first two years I actually didn’t get past the first round, but I learned a lot from watching other people get critiqued as well as the feedback I received. The first year I mostly got tips on how to improve my anatomy skills, whereas the second year the feedback was more about composition and panel placement.

What did winning the competition mean for you and how important has it been for you to be published in 2000 AD?

I won on my third attempt, so it was a great learning experience. I got invaluable feedback eachyearthat I wouldn’t have improved without. Secondly, it was a big confidence booster. To see my name besides industry professionals that I admired was a big deal for me.

As for the competition itself, can you tell us a little about the actual process of entering, the preparation involved and the terror of pitching in front of the judging panel of experts?

The first part of the process [a first come, first served portfolio review] is finding out when and where the queuing is to take place, which is usually announced around mid-day. At this stage, one of the judges will have a look at your work, one-on-one. Based on that, the judge decides on the spot if you make it to the next round or not – those that do will then wait for the live judging event, which happens the next day.

The competitors each have to present their opening page on the big screen, and hear the panel’s critiques. This part is honestly my favourite, there’s always great levity in the way the process unfolds, so there’s really nothing to be nervous about– the worst thing that can happen is you walk away with free feedback from a table of hardened industry pros.

Since winning the competition, how do you think your work has evolved and where has the competition win and subsequent Future Shock strip taken your comics career?

I’ve drawn for 2000 AD once again after winning, and it was as rewarding as the first time. The win has helped me land a couple dream illustration gigs, however I’m still working on a comics career. It’s a slow process, and I’m trying to get better and faster with every other project I do.

What comics (or other writing/art) work have you done so far, and what’s coming from you we need to look out for?

I’ve worked for the role-playing-game industry, specifically for the Onyx Path (of Vampire fame). Look out for the Chronicles of Darkness books – the writer & artist roster is amazing, and if you’re into any sort of horror/psychological/drama comics (or fiction, really), you’ll love the RPGs as well.

What advice would you give to up and coming writers and artists about getting into comics in general, and the 2000 AD/Thought Bubble competition in particular?

I work digitally, so here’s a piece of advice that I learned the hard way: have your work printed out professionally, on quality paper. The judges are going to hold the line art in their hands, and you want the quality to be crisp. And once you’re up there, listen to what the judges have to say, they know what they’re talking about.

And develop a daily routine, even if it’s just one quick sketch. Learn to use reference. Patience is a virtue. Here’s a quote by Alec Worley: “Breaking in, as I discovered, is really more like seeping in.”

Finally, Tilen, who would be your dream character or comic to work on, 2000 AD or further afield?

Besides Dredd, you mean! I have always wanted to work on Dylan Dog, or something similarly Lovecraftian and weird.