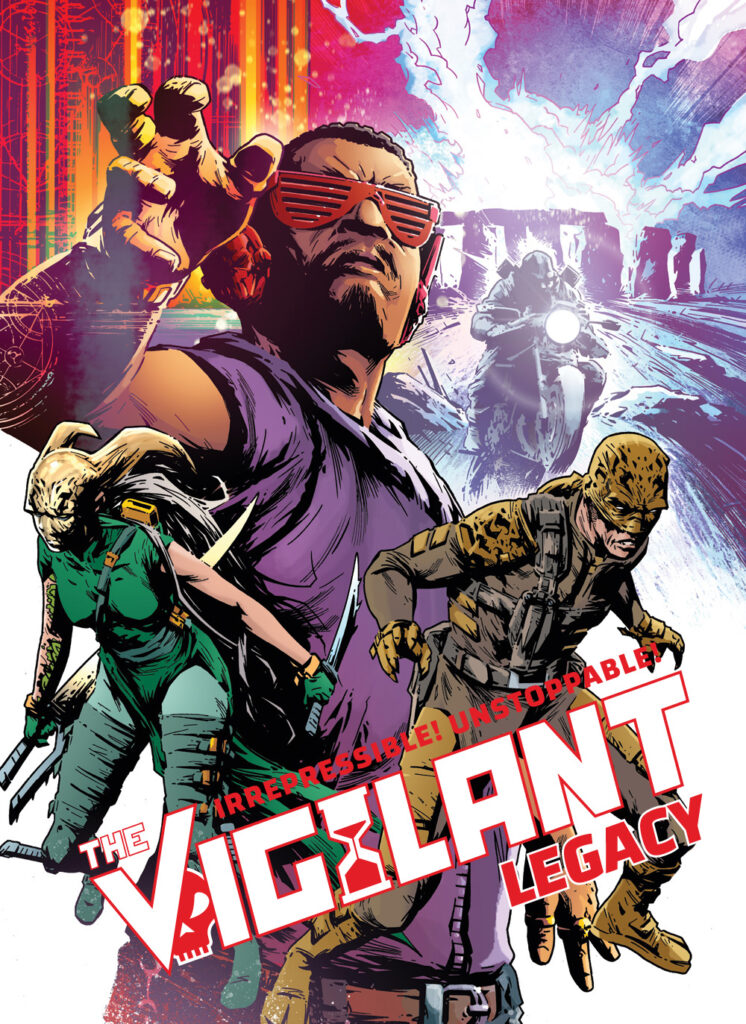 After their smash hit debut last year, The Vigilant return in August, resurrecting the greatest home-grown superheroes Britain has to offer – a team unlike any other, a challenge none have faced before!

Even if superhero comics have never been your thing, take up the call of The Vigilant with this 64-page special featuring Simon Furman (Transformers), Simon Coleby (The Royals), Will Sliney (Spider-Man 2099), Len O’Grady (Jaegir) and Simon Bowland (Doom Patrol).

Many years ago, a team of strange, super-powered beings were brought together by the original Dr. Sin in order to stop a reality-spanning apocalyptic event known as “The Blood Rapture.” That incarnation of The Vigilant were successful in their mission, but it came at a great cost. Years later, the evil Nazi genius Von Hoffman is now searching for dangerous artifacts which will enable him to kick-start Armageddon once again.

While the new Dr. Sin and his fresh team of ragtag heroes are tested by new threats and interpersonal conflicts, Hoffman creeps closer to achieving his diabolical goal. With the complete unraveling of all reality on the line, the stakes have never been higher for The Vigilant!