Go behind the scenes on the updated Rogue Trooper game with the 2000 AD Thrill-Cast! 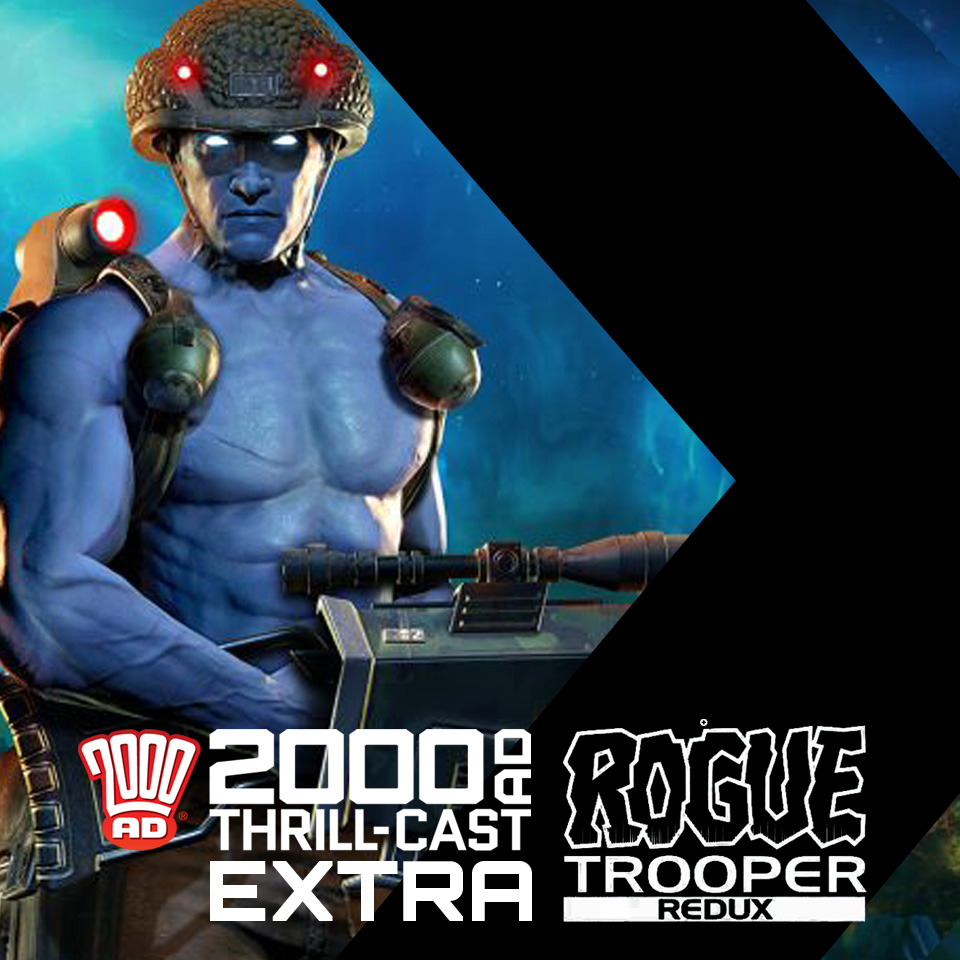 Bred for war, but living for revenge – Rogue Trooper Redux sees the return of the last of the Genetic Infantrymen in this updated BAFTA-nominated tactical shooter and landmark comic book adaptation.

In a special extra episode, the Thrill-Cast talks to Tim Jones and Rich May from Rebellion Developments about the original title, updating it for the next generation of consoles, and Rich’s battle-scars.