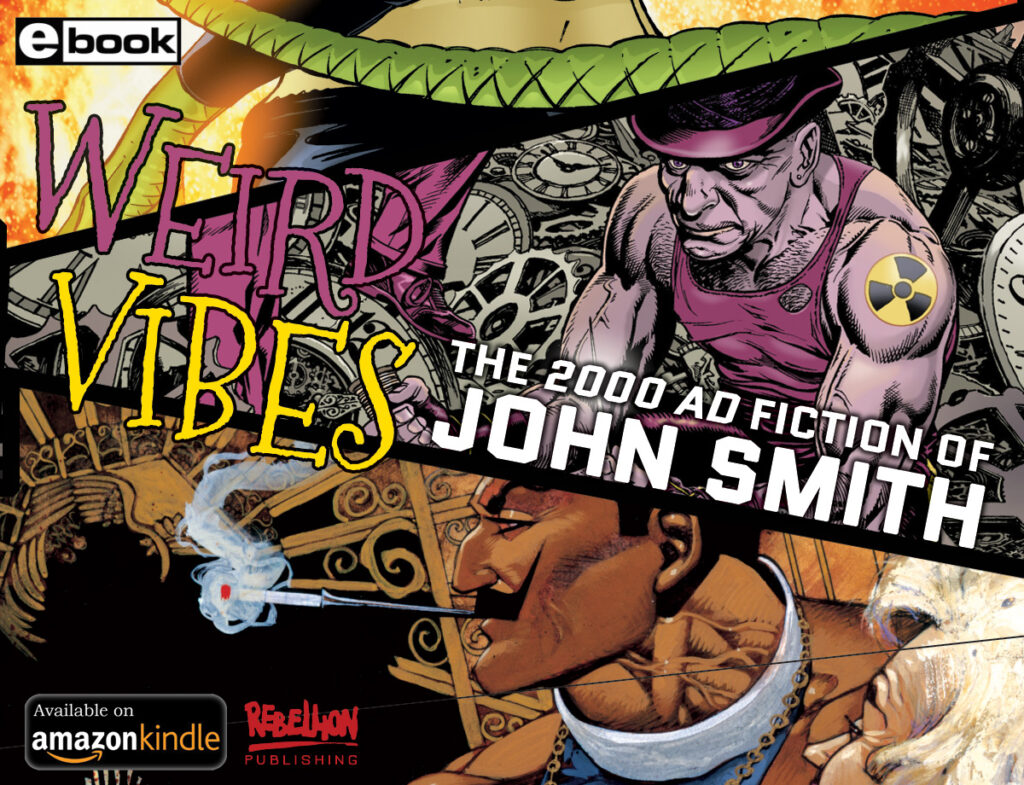 Are you getting Weird Vibes?

From the mind of John Smith to the pages of the Judge Dredd Megazine, this new collection brings together eight stories from the master of the sublime and the downright disturbing – John Smith.

The reptillian nun, conceptual artist and cosmic bounty hunter, Tyranny Rex, must survive Demonic forces, Occult organisations and dimension-hopping dream parasites if she wants to keep her tail in tact!

Agents of the interdimensional INDIGO PRIME continue their work repairing (and often even rebooting) universes under threat from catastophic reality-shattering events including New York disappearing due to a mass LSD trip and a powerful Vodoo Priestess resurrecting Elvis Presley by way of Magickal haircuts.