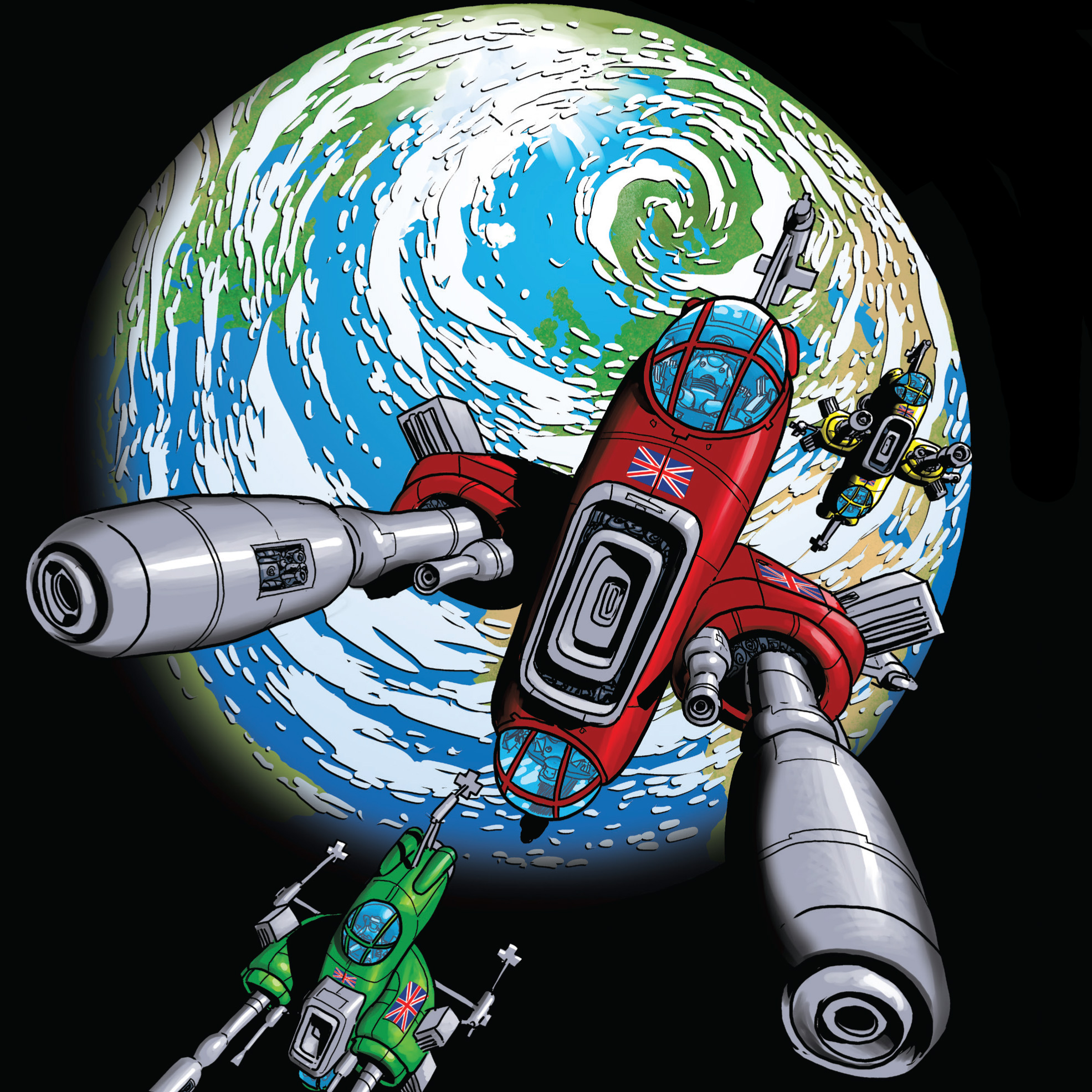 Scarlet Traces took place ten years after the abortive Martian invasion of Earth, with reverse-engineered alien technology allowing Britain to dominate the world. But when women’s bodies were washed up on the banks of the Thames, a retired soldier and his trusty manservant discovered a dark plot to strike back at the Martians – a plan with devastating consequences for them and then for their world 30 years later.

Set in 1968, Cold War sees a diminished Britain outpaced by its rivals and dealing with an influx of Venusian refugees fleeing the Martian invasion of their planet. As the nation falls into racist acrimony, the Royal Air Force’s Ahron Shakespeare, a first generation Earth born Venusian and an engineer, and flamboyant human/Martian hybrid, Icarus, uncover diabolical Martian plans that could mean the end of all life on Earth.

Next year, we’ll also be publish ing new collections of Scarlet Traces, followed by The Great Game, and the War of the Worlds adaptation.