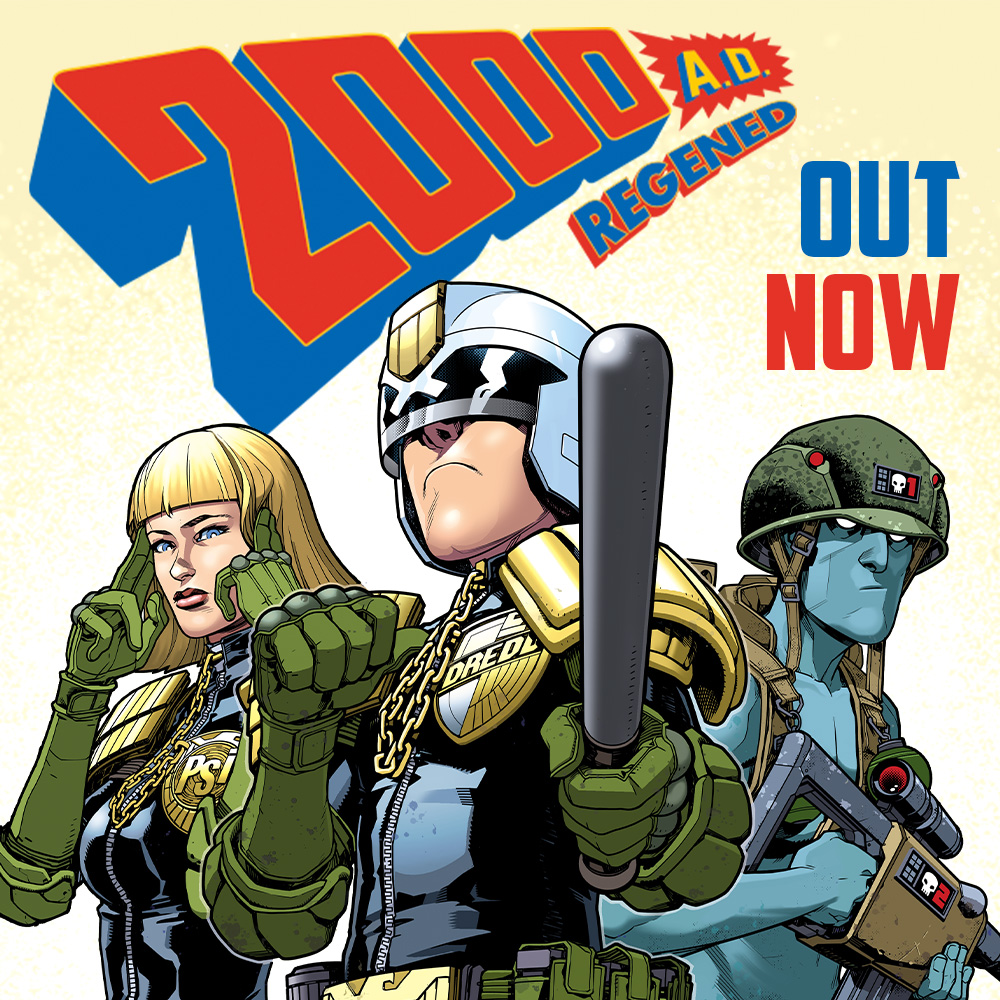 “It’s great to see Rebellion do something new… especially with young women & people of colour front and centre in their character line-up …packed with talented creators and original stories.” – Comics the Gathering

The first collection of 2000 AD Regened is out now! Grab the all-ages graphic novel that’s packed with splendid comic strips and mind-bending stories!

From beyond the stars comes a brand new collection bursting with thrills, action and fun! There are puzzles, features and stories starring all-ages versions of classic 2000 AD characters such as mutant bounty hunter Strontium Dog, super soldier Rogue Trooper, psychic detective Judge Anderson, and Cadet Dredd, the toughest cop in the Big Meg, who stars in four action packed crime stories, including the brand new strip ‘Coming to America’!

There’s brand new stories from ghost-hunters Finder & Keeper, D.R. & Quinch, cuddly-but-jumpy alien The Gronk, and gross-out gang the Intestinauts, plus you can dive into frightening futures and scintillating sci-fi with Future Shocks! 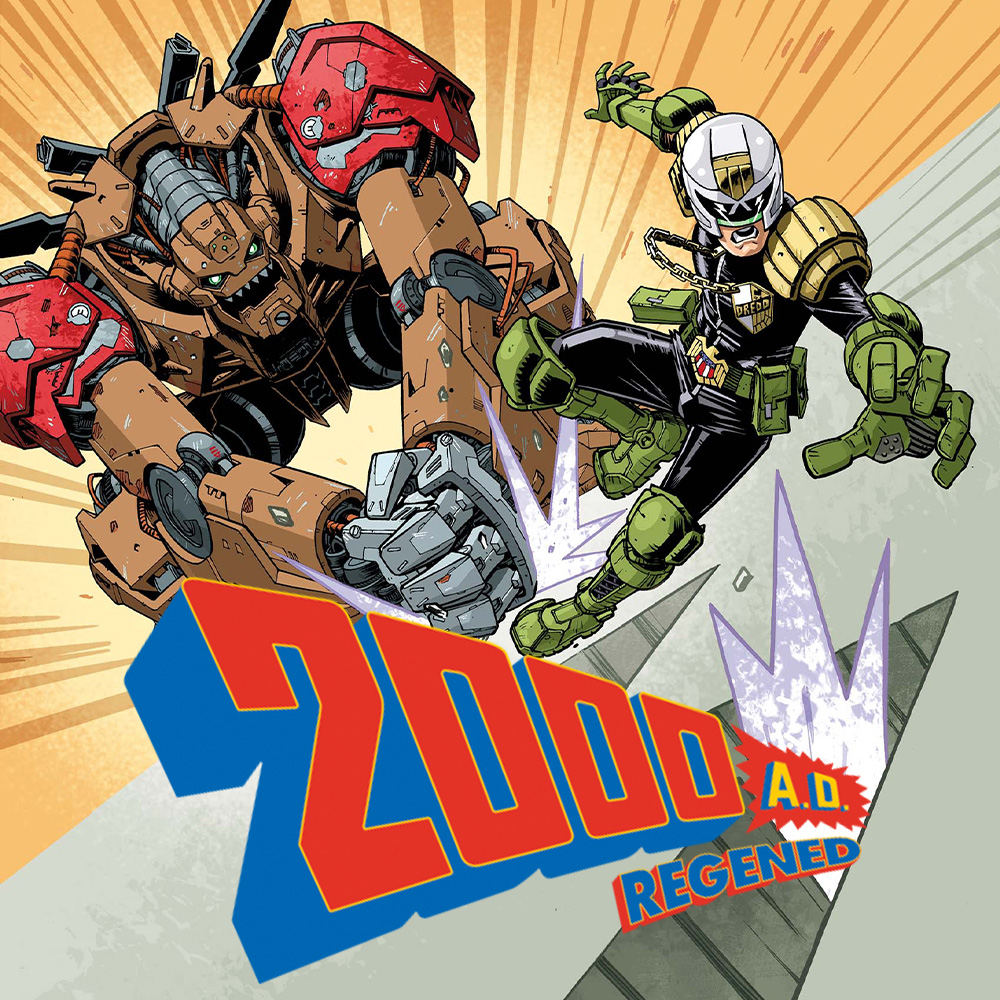 Rebellion is delighted to announce that the all-ages 2000 AD Regened will be back in 2021 – with four more mind-bending issues!

The all-ages issues continue to be among the best-selling issues of 2000 AD of the year and Rebellion is looking to build on their success with another quartet of bumper all-ages issues.

Drawing on four decades of genre-defining characters while encouraging new readers to pick up the Galaxy’s Greatest Comic, 2000 AD Regened has something for everyone. These 48-page issues, retailing at £4.99 for print and £3.99 for digital, feature new takes on some of 2000 AD’s biggest characters, as well as brand new series.

2000 AD editor Matt Smith said: “It’s been fantastic to see that the amazing response to 2000 AD Regened has continued in 2020 as we increased it to four issues a year. Both sales and reader feedback have shown us there’s a real appetite for Regened and that’s been reflected in the enthusiasm for new series that have debuted in Regened, such as Full Tilt Boogie by Alex de Campi and Eduardo Ocaña – which spun off into its own series – and Pandora Perfect and Department K. There’s lots more to come from Regened in 2021 – we can’t wait to explore strange new worlds with readers of all ages!” 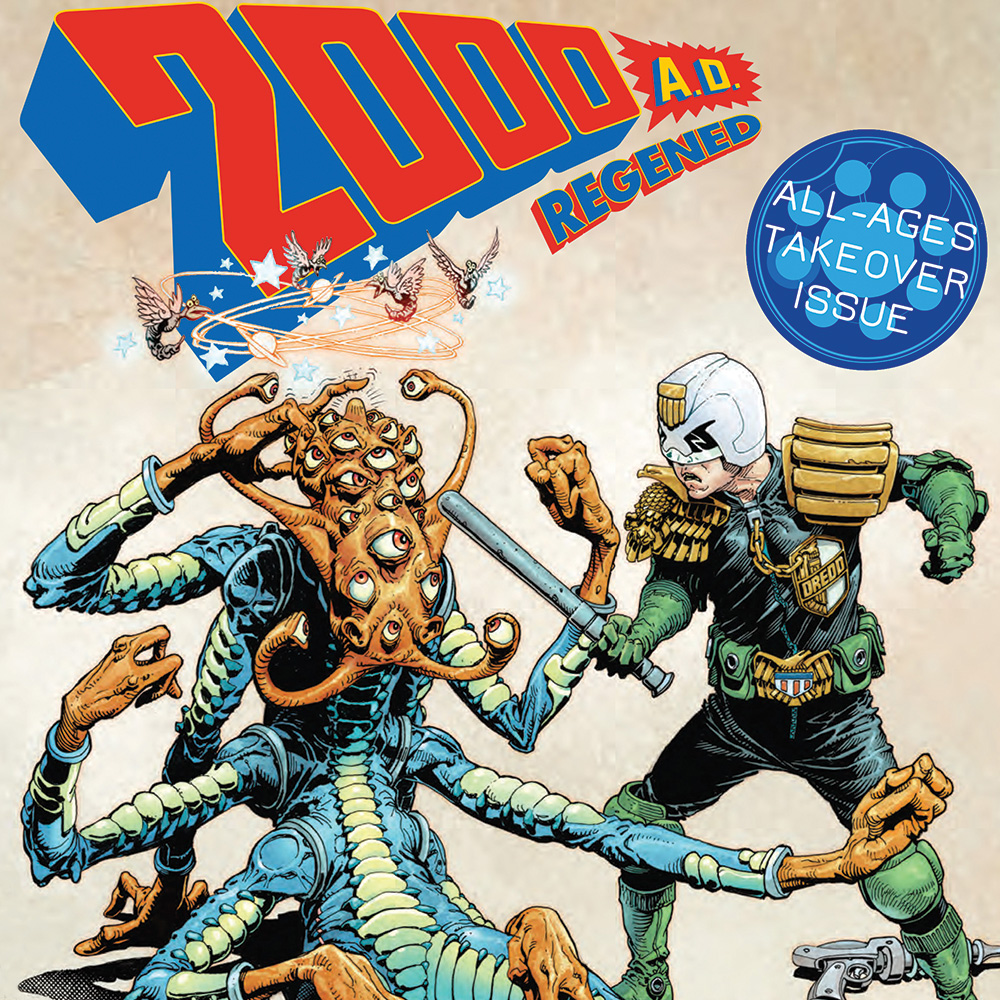 Strap yourself in for the best all-ages comics in the galaxy – 2000 AD Regened is back!

Following the success of previous issues, the second issue of 2020 of 2000 AD‘s all-ages takeover lands in print and digital on 27 May!

Behind a brand new Cadet Dredd cover by the legendary 2000 AD cover veteran Cliff Robinson, with colours by Dylan Teague, the all-new self-contained strips introduce readers old and new to some quality quarantine comics featuring some of 2000 AD‘s greatest characters.

This is the second of four issues of 2000 AD Regened for 2020, which continue to be the most popular issues of the year. 2000 AD remains committed to encouraging readers of all ages to dive into the legendary British weekly – Regened acts as a gateway into both 2000 AD and comics in general, with readers of all ages enjoying the heady mix of 2000 AD action, humour, and fun. 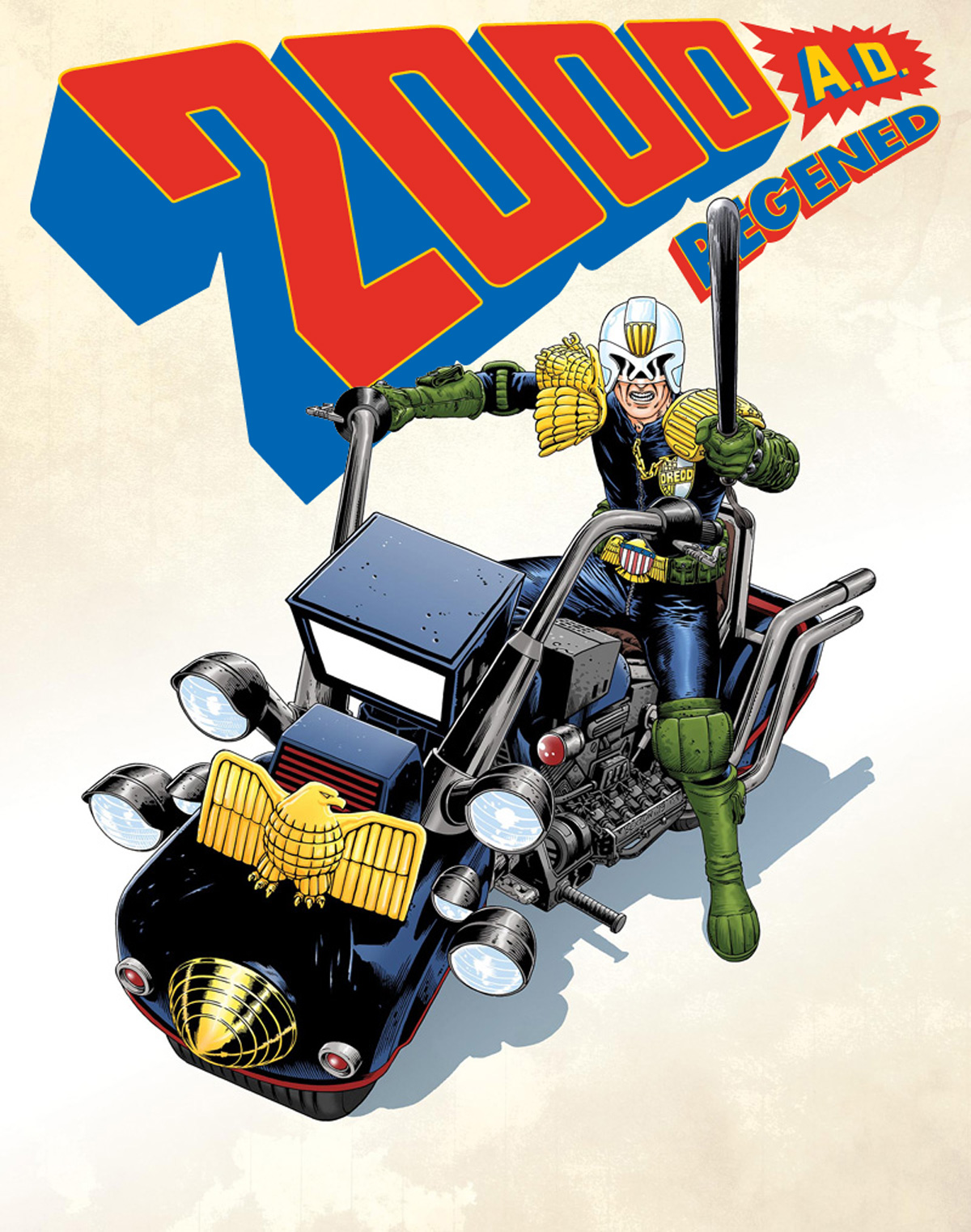 Rebellion is pleased to announce that after the huge success of this year’s 2000 AD Regened issue, Regenedwill take over FOUR issues of the legendary 2000 AD in 2020, with dedicated stories suitable for all ages!

Drawing on four decades of genre-defining characters while encouraging new readers to pick up the Galaxy’s Greatest Comic, 2000 AD Regened has something for everyone with a stellar lineup of talent on some of the biggest characters in comics, including Ilias Kyriazis (Collapser), Cavan Scott (Doctor Who), Nick Roche (Transformers), Rob Davis (The Motherless Oven), and more!

2000 AD editor Matt Smith said: “2000 AD’s 2019 Regened takeover issue was the best-selling issue of the year, so I’m excited to bringing the all-ages concept to four issues across 2020. We’ve got some great stories and artwork lined up – many by creators making their debut for the title – so I hope these will go down equally as well with readers young and old.”

In the first issue, a young Judge Dredd must defeat an interdimensional invasion in Cadet Dredd: School Trip by Rory McConville (Judge Dredd) and Ilias Kyriazis (Collapser); the lone genetic infantryman enters dangerous ground in Rogue Trooper: Savage Swamp by Cavan Scott (Doctor Who) and Nick Roche (Transformers); ghost-hunters Eliot and Meera tackle an entity loose in a graveyard in Finder & Keeper: Dead Signal by Leah Moore and John Reppion (Storm Warning) and Davide Tinto (Spider-Man); and the timid aliens from Strontium Dog, the Gronks, have a fierce new neighbour in The Gronk: The Trouble with Gronkses by David Baillie (Red Thorn) and Rob Davis (The Motherless Oven).

This issue is available to order from comic book stores in North America as part of the monthly 2000 AD packs, using the Diamond Distribution code DEC191838.

Category: Comics
Tags: 2000adregened, allages
We use cookies to analyse the traffic on our website, which helps us make it easier to use.Accept cookiesMore info